END_OF_DOCUMENT_TOKEN_TO_BE_REPLACED

The Cutaneous and renal glomerular vasculopathy focus meeting group, aka the Alabama Rot Conference, was held in the Trophy Room at the Madejski Stadium in Reading on Tuesday, May 10th 2017.

The agenda included an update on the current situation, ongoing and future research, sample collection and storage, data capture and fundraising.

Dr Tristan Cogan, Senior Lecturer in Infectious Disease at the University of Bristol spoke about ‘Spatial distribution of bacteria in tissues of CRGV cases’.

“attendees put their heads together to consider an action plan for the disease. A huge amount of research is also being carried out into its causes. Scientists are looking for infectious agents such as bacteria, viruses and fungi as well as toxins in dogs affected. At the moment there is no vaccine for Alabama rot as the cause has not been established. Once this is the case it’s hoped a vaccine could be developed.” Vets-Now

David Walker of Anderson Moores, who organised the conference, said:

“The conference was very positive, with everyone contributing greatly to the discussion, and we look forward to continuing to work with our fellow professionals to research this condition. We’ve already started the process of setting up a steering committee, to help focus the enormous experience and knowledge from the 30 specialists who gave up their time for free to attend. Among the items we discussed was the sharing of data from similar human health issues to identify any possible connections.” Express

“Early evidence had suggested a possible environmental link to dogs being walked in muddy woodland areas, but human and veterinary experts are now looking for clues at a cellular level. Evidence does, however, suggest a seasonal factor may be at play. Mr Walker said 90% of confirmed CRGV cases occurred between the colder months of November to May, with February and March being the peak UK CRGV months. The key to cracking the mystery of CRGV was a collaboration between the human medicine and veterinary medicine disciplines, and that is why the focus group had been created. Collaboration is key. Setting up links with universities across the UK and links with specialists from the human fields will really help push things forward.  There’s been a huge amount of work done in separate little projects to this point, but now it’s more about a targeted approach.” Veterinary Times

This brings the total number of confirmed cases to 102 since 2012 with 19 in 2017. Most confirmed cases have been seen between October and April so the hope would be that confirmed case numbers will now reduce. We would, however, continue to advise owners to be vigilant and to seek advice from their local vet if their dog develops unexplained skin lesions/sores.”

* AlabamaRot.co.uk list these cases and all others on our Alabama Rot Confirmed and All cases maps. As we get further information about the walks taken by these dogs and other information, we will update the maps.

Awareness about Alabama Rot has peaked since David Walker of Anderson Moores went on Breakfast TV on 10th May to discuss the disease. The last maximum peak was in January 2014 when signs about Alabama Rot were placed in New Forest car parks.

Numbers represent search interest relative to the highest point on the chart. A value of 100 is the peak popularity of the term. A value of 50 means that the term is half as popular. Likewise, a score of 0 means the term was less than 1% as popular as the peak.

I attended the Reading Alabama Rot conference on Wednesday 10th May 2017. The conference was organised by David Walker and Laura Holm from Anderson Moores. There were 30 attendees and Bayer kindly paid travel expenses.

Today I received a very nice email from Anderson Moores:

Subject: RE: May 10th Conference

David and I would like to extend our sincere thanks to you for attending the meeting yesterday.

Your input was very valuable and we really appreciate you making time to be there. Thank you also for taking time to look into and print off the case distributions by month / season.

Thank you so much again,

Information about the Reading conference will be posted online soon.

David is from Anderson Moores Veterinary Services and was talking on Tuesday 9th May 2017. 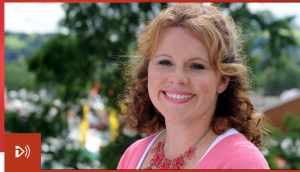 The Reading Conference on Alabama Rot tomorrow (Wednesday 10th May 2017) is being organised by David Walker from Anderson Moores Veterinary Specialists (AMVS).

In a 13-minute report on Sunday 7th, May 2017, David Walker spoke to Rachael Garside of BBC Radio Wales ‘Country Focus’ programme (from 6m 45s). He said:

“We strongly suspect there is an environmental trigger to Alabama Rot. It may be that dogs that have been affected have some intrinsic disposition to Alabama Rot…” (11m 06s)

In addition, Radio 4 Today Programme (from 2 hours 57m 30s) had a 2-minute report by Gabrielle Williams whose dog died in March 2017 and David Walker. 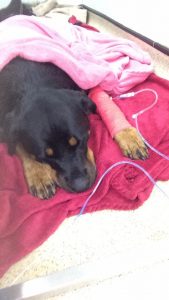 Jasmine Marie Smith has kindly advised me at our Facebook page that her dog Boe has suspected Alabama Rot and is being treated for kidney disease at Woods Veterinary Group in Gloucester.

Jasmine walked Boe in the woods at Drybrook in the Forest of Deane.

I’ve added Boes’ case to our All Alabama Rot Cases map. Let’s hope she pulls through.

Over four years, 90% of Alabama Rot cases happen in Winter or Spring. This suggests that the trigger for Alabama Rot is an environmental factor such as low temperature or high rainfall.