I reported in February 2015 on Fiona MacDonald’s hypothesis that CRGV might be caused by Aeoromonas Hydrophila bacteria.

In an update to her project, Fiona MacDonald wrote a letter in April 2016, to the New Forest Dog Owners Group (which provides some funds for her investigation project).

The project has two main lines of investigation, a serology test and a lesion swab culture, to see if the causal agent is Aeromonas hydrophila.

The swab of the lesion must be taken before the lesion is cleaned up because the disinfectant could kill the causative agent.

Fiona Macdonald wrote about her project in the Vet Times (April 2016) and Veterinary Record here and here in 2015. They have had confirmed isolations of A hydrophila. 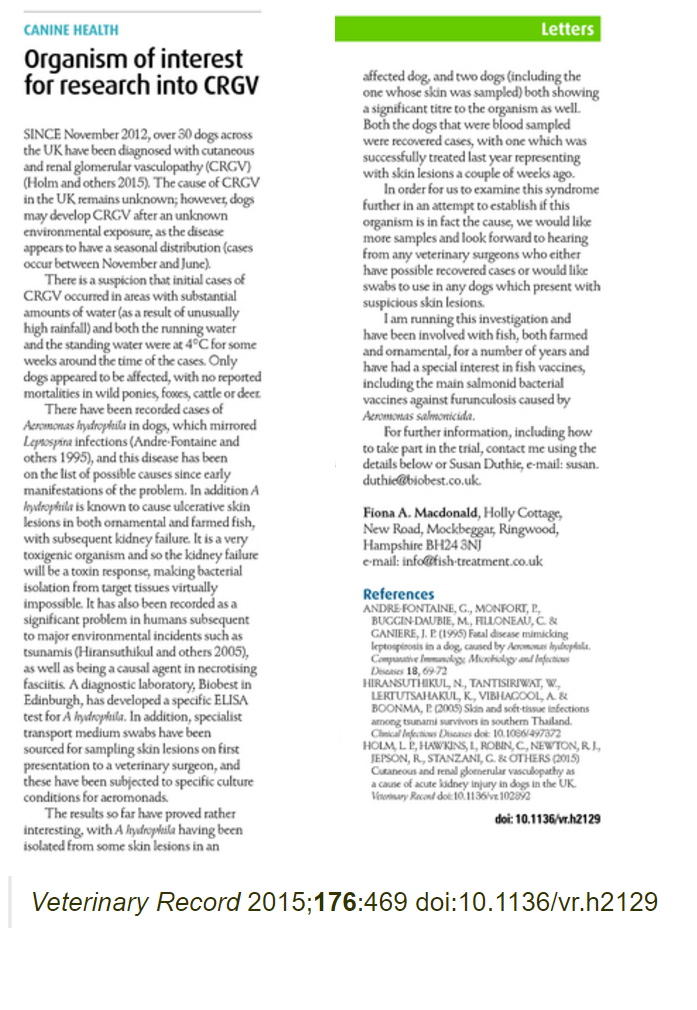