There have been forty six confirmed cases of Alabama Rot in dogs in England between December 2012 to December 2014 (a further one case was in Northern Ireland) (1).

A further twenty one cases (46%) were reported in the rest of England. 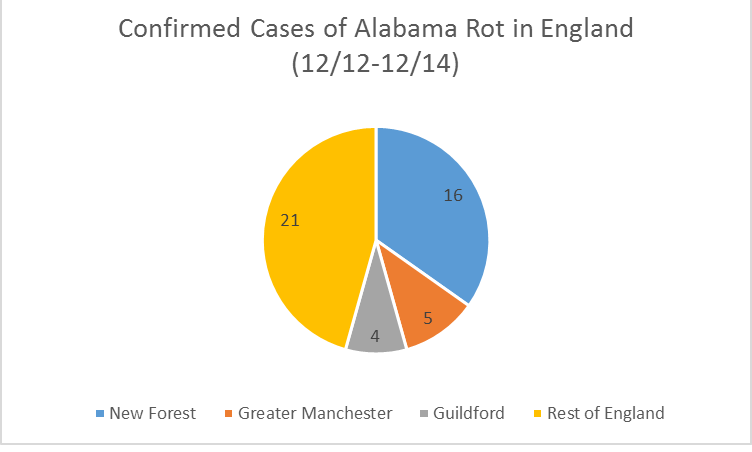 Could these clusters occur by chance? Or is their a trigger in the environment in these areas that makes dogs more prone to get CRGV disease? Or were vets in these areas more aware of CRGV symptoms and hence reported the cases more than the rest of UK vets?

Ten dogs had been in the New Forest National Park shortly (four hours to 14 days) before developing skin lesions and/or becoming unwell. (3)

“Ten of the 30 dogs reported with CRGV had been walked in the New Forest over the two weeks before developing skin lesions and/or developing other clinical signs. It is difficult to know at this stage whether this truly represents an increased disease incidence in the New Forest or an increased awareness of disease in that location. At the time of data collection there was little information available nationally to veterinary surgeons on this disease but local…” (2)

12 Replies to “Are CRGV ‘clusters’ – in the New Forest, Leigh & Guildford – real or apparent?”