“Unfortunately, we have to confirm another four cases of cutaneous and renal glomerular vasculopathy (often termed CRGV or Alabama Rot). The cases are from Radcliffe (Greater Manchester)*, Exminster (Devon), Evesham (Worcestershire) and Hallow (Worcestershire). This brings the total number of confirmed cases to 98 since 2012 with 15 in 2017. Most confirmed cases have been seen between October and April so the hope would be that confirmed case numbers will now reduce. We would, however, continue to advise owners to be vigilant and to seek advice from their local vet if their dog develops unexplained skin lesions/sores.”

AlabamaRot.co.uk has updated our confirmed and all cases maps with these four new cases. We will post further information, on the maps, as it becomes available. 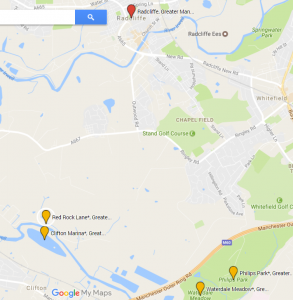