Over four years, 90% of Alabama Rot cases happen in Winter or Spring. This suggests that the trigger for Alabama Rot is an environmental factor such as low temperature or high rainfall.

The ~90: 10 Winter-Spring: Summer-Autumn split suggests that Alabama Rot is triggered by an environmental factor that varies between seasons eg temperature or rainfall or some other seasonal factor.

All ‘Confirmed‘ cases are advised by Anderson Moores Veterinary Specialists. I’ve logged these cases on the AlabamaRot.co.uk confirmed cases UK map since 2012. The 95 confirmed cases by month and year (December 2012-April 2017) are shown in the table and graphs below: 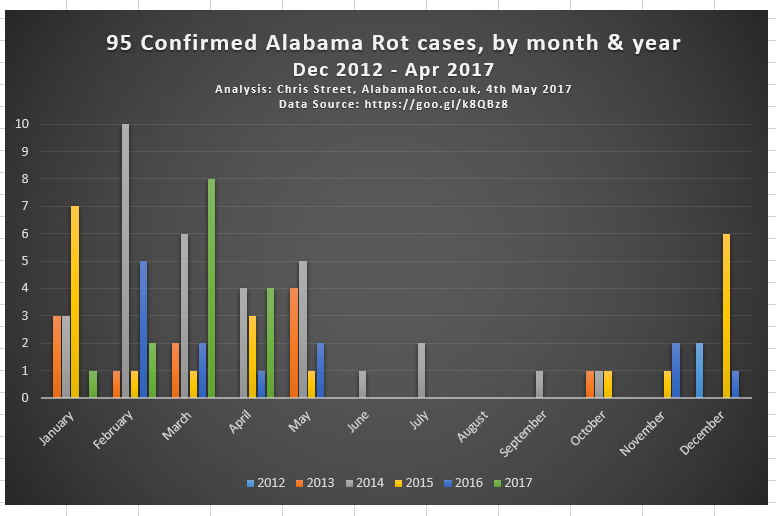 Between 2013 – 2017 there was a wide range in numbers of Alabama Rot cases in the peak months of February and March:

When the 95 monthly cases between December 2012 and April 2017 are summed, the Alabama Rot ‘season’ starts in December (9 cases) with cases peaking in February (19) and March (19); and declining in April (12) and May (12). During the six months (June to November) of Summer and Autumn, there have been 10 confirmed cases in 4 years. 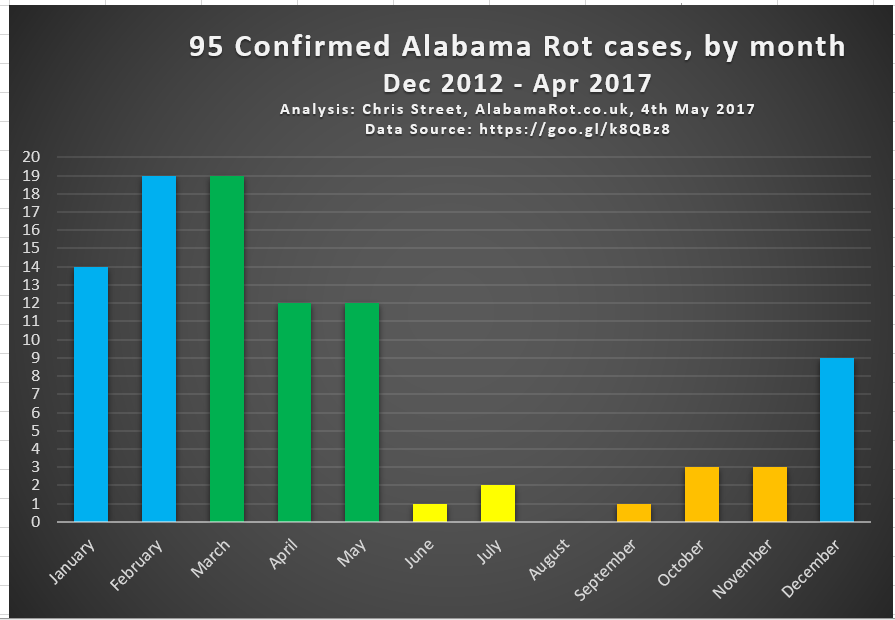 Could an environmental trigger of Alabama Rot be rainfall, temperature or some other seasonal factor?

(1) Confirmed cases are dogs in whom cutaneous and renal glomerular vasculopathy (CRGV) was suspected and renal thrombotic microangiopathy (TMA) was histopathologically confirmed after the dog died.