If you walk your dog in the New Forest there is a 99.99% chance it will NOT die of Alabama Rot aka CRGV (Cutaneous and Renal Glomerular Vasculopathy).

The Forestry Commission remind us that:

“Many thousands of dogs are walked in the countryside every day and it is important to remember that only a very small number of dogs have been affected [by CRGV].” (1)

A report by England Marketing for the Forestry Commission in 2005 suggested:

From the frequency of dog walkers (map below). (2) 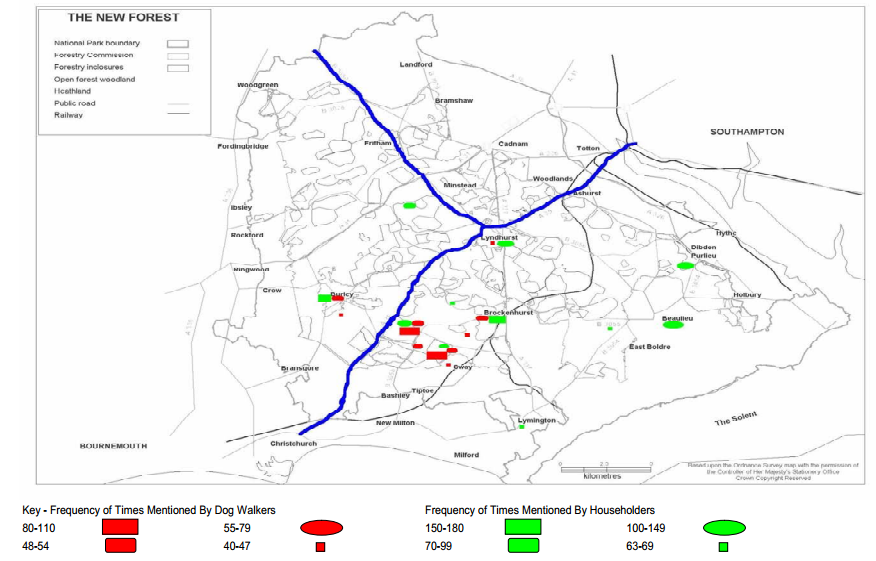