75 confirmed cases (confirmed by dog post mortem) were analysed in another post dated 8th May 2016 indicating that 89% cases were reported in Winter or Spring.

This post with 121 analysed cases seems to strengthen the argument for a Winter / Spring seasonality to Alabama Rot. This 121 case analysis has 46 more cases (+60%) than the 75 confirmed cases.

Chris Street of AlabamaRot.co.uk on 8th May 2016 analysed all confirmed UK Alabama Rot cases (between December 2012 and April 2016). 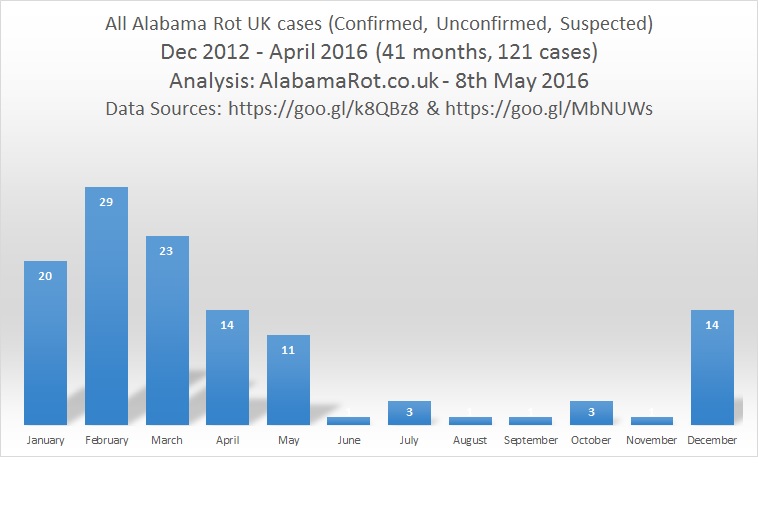 The monthly all cases were plotted by year: 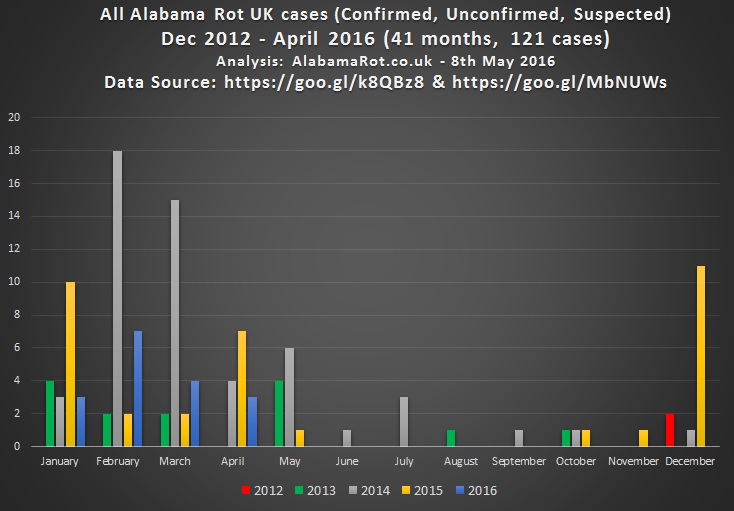 The above chart shows the vast majority of Alabama Rot cases occur every year in Winter (December – February) and Spring (March – May).